In the pursuit to don the enviable uniform and become a military leader, a multitude of aspirants endeavour to qualify various defence-oriented competitive examinations through Defence Services Entry Schemes (Officer Cadre). The mindset to learn the technique and parameters on which the SSB is conducted, entangles the aspirants into a web of uncertainty underlined mostly by the art of mugging and cramming the preset test contents along with the DOs and DONTs taught in various SSB preparation/coaching centres/institutes. As a result, these aspirants end up dishing out stereotyped and crammed responses to the various real life situations when tested during the graduated and time- tested processes in actual SSB interviews. This spells doom and dismay to the aspiring candidate at the altar of facing rejection since the preconceived mindset projects a fractured and pseudo-personality, sans originality, to the assessor(s) at SSB.

In the milieu of aforesaid and understanding of the requirement of the defence system and aspirants for  the same, the Invicta Defence Excellence Academy) is formed which has taken on the mantle to prepare the aspiring candidates for Defence Services by imparting knowledge to hone and build internal personality traits in their subconscious mind so that they are able to naturally ‘steer’ their personalities towards improvement in the 15 Officer Like Qualities- a leader in the making- which are put to extreme test and screened in SSBs. In addition, the institute has also devised measures to make the candidate practice for written examination conducted by the UPSC for NDA/IMA/OTA for faster and better understanding of the examination syllabus and question pattern.

To apply the ‘Theory of Change’ in the field of preparation for Defence Services and SSB interviews enabling the aspiring and potential candidates to nurture their personalities as per requirement of defence forces as a natural process and part of their overall personality development.

The mission of the Academy is to indulge in a meaningful talent hunt suitable for Defence Forces and further fine tune their personalities as per requirement of the defence forces so as to enable them to get selected for the defence services; and side by side act as a feeder institute for defence forces.

The Academy has on board experienced Army Officers and directing staff  who have a plethora of experience in the field of forming and shaping personalities. The institute has a very proficient academic staff to impart required knowledge by comprehensive coverage of syllabus through modern methods and techniques ensuring high degree of success in competitive examinations for entry to NDA/IMA/OTA.In an year's time 14 recommendations in SSB alone including 4 girls makes the centre a top centre for SSB coaching in Jaipur. Also in written in the very first batch Invicta has 7 selections in NDA and 1 in CDS thus making it one of the best NDA as well as CDS written coaching centre in Jaipur. 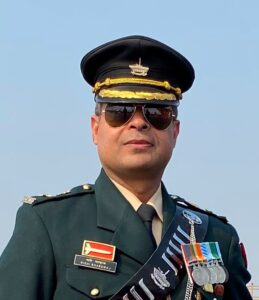 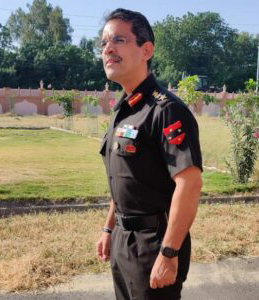 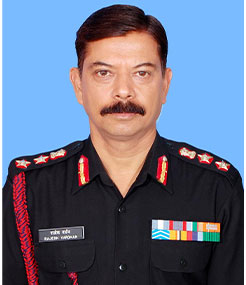 GTO
Your experience on this site will be improved by allowing cookies.